Sometimes I have photos that I love, but I don’t really know what to do with them. This one seems to have potential as a greeting card or a poster, if I can come up with the right caption: 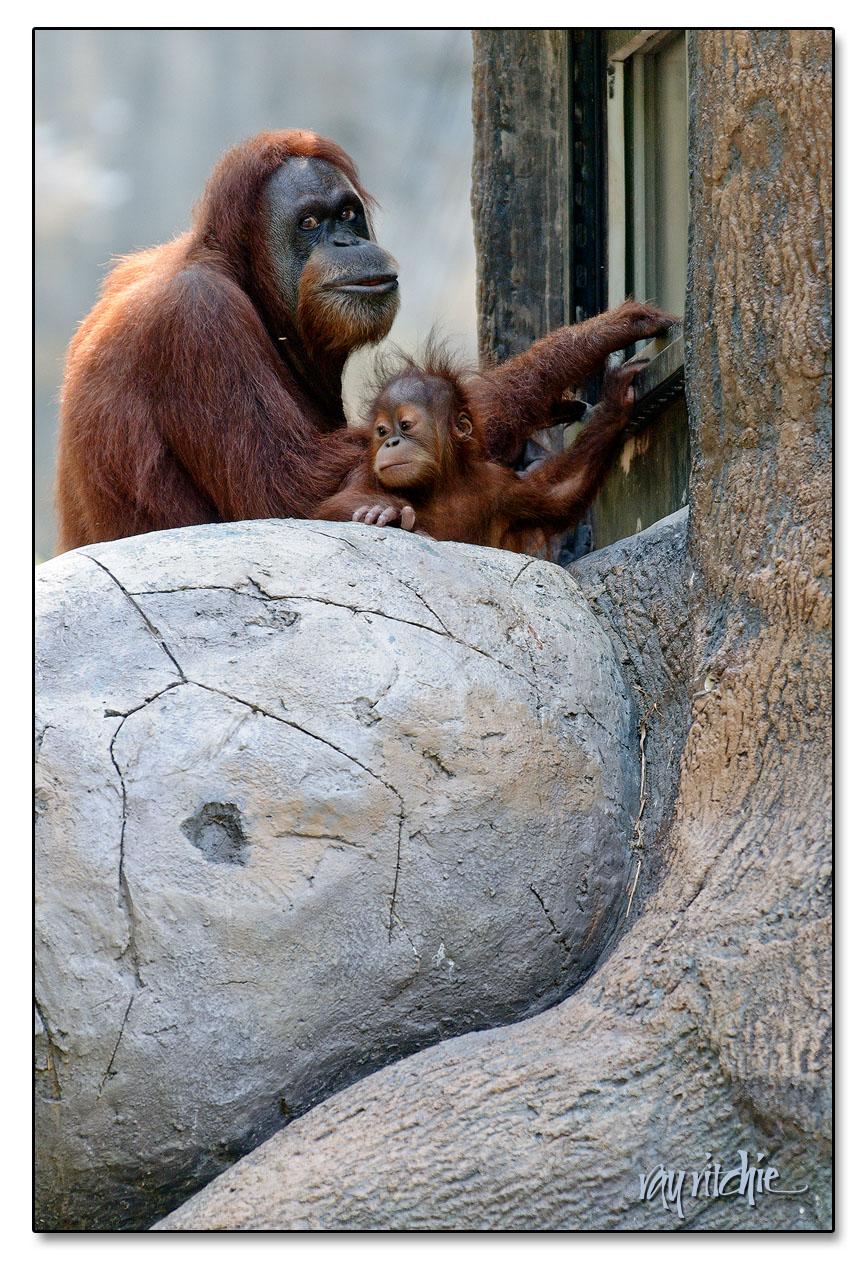 One idea for a caption: “Maybe I really shouldn’t have posted that on Facebook…”

Here’s the backstory on the photo: We were visiting our daughter in Atlanta last August, and made a trip to one of her favorite places, the Atlanta Zoo, where they had a host of new animal babies, including the orangutan seen here. The mother really is busy at work on a computer, of sorts. It turns out that the zoo has an ongoing program to assess primate intelligence using a special-purpose touchscreen computer mounted in this artificial tree trunk. They flash a picture on the screen and then a set of touch buttons which allow the orangutans to “classify” the object in the picture as, say, animal, bird, fish, or “other.” When they get the right answer, the apes are rewarded with a treat dispensed below the screen. So this mother has assigned herself a regular work routine, sitting at the screen and taking the test for several sessions a day. I believe we were told that her answers are significantly better than just random chance, but I don’t remember the exact statistics.

Your suggestions for a caption are very welcome!