The sketch below is essentially another callidoodle, as it’s just a cleaned-up version of a quick sketch done during Sunday’s church service. The lectionary passage for May 15 was the portion of Acts where Luke reports some of the key factors that led to the rapid growth of the early church following Pentecost: 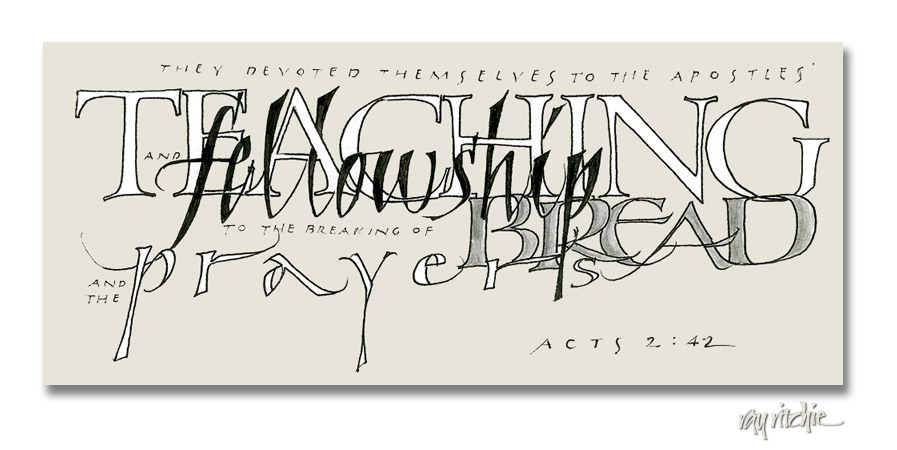 Pastor Ramon pointed out, though, that none of the four items emphasized above are really “key” in the absence of the word “devoted.” It was because of constant, intense devotion to these four items that the community grew.

My usual doodling tools for the callidoodles are just a pencil and a fine-point black monoline pen, but it’s hard to do layered calligraphy in pure black and white. My original thought was not really to layer, so much as to intertwine the four key words, as you see in the words “Teaching” and “fellowship.” When I brought the sketch home and looked at it some more, though, I decided that there wasn’t enough separation of the words for legibility, so I added a half-tone for the word “bread” using a pencil. If I were to further develop this sketch into a more finished piece, I might run the sketch above across the bottom of the page, and then feature the word “Devotion” as an emphatic vertical element. I’ll have to think further about that.