As mentioned in my earlier post on “Pencil Gestures,” I’ve been continuing to read Yves Leterme’s Thoughtful Gestures book, and practicing my gestural writing with a variety of tools. I don’t feel I’m really proficient at this yet, but I’ll show a couple of examples: 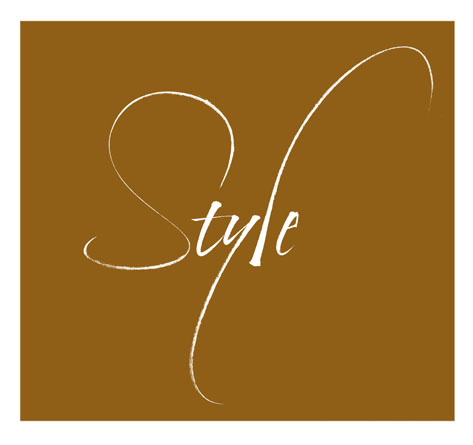 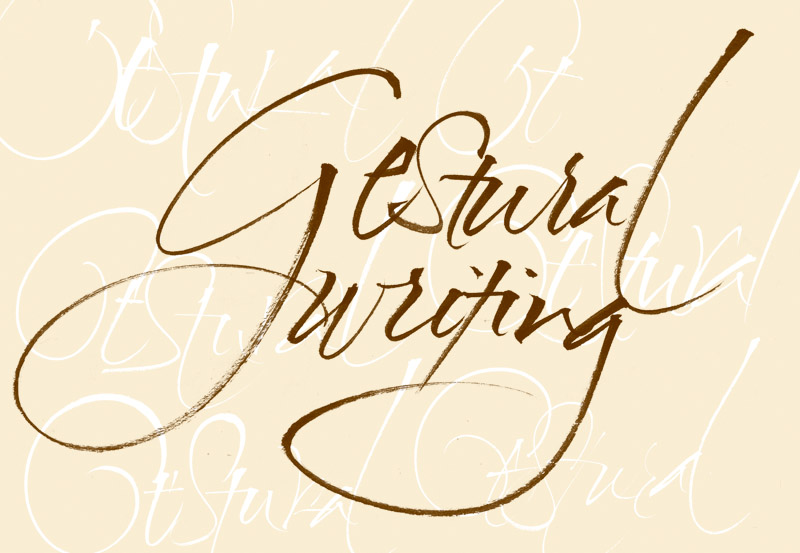 For those who haven’t tried this kind of writing, and in the interest of full disclosure, I should mention that while gestural writing is intended to look free and easily written, it’s often the result of a great deal of rehearsal and planning. The simple word “Style” above, for example, took me about a half dozen attempts before I was happy with both the shape of the “S” and the swash of the “l.” The second example shows, in the background, a number of different rehearsals of the word “Gestural” leading up to the final version in the foreground. I also did a number of different versions of “writing” before attempting the two-word pair.

The two examples above were done with a Pentel brush fountain pen. One supplier of that tool is John Neal Books, if you’d like to try it out.

2 thoughts on “Learning to gesture”