I have been interested in many aspects of Asian culture, and in particular, Japanese culture, for a long time. During my career in engineering, I had a lot of business dealings with Japanese companies, and had the opportunity to travel to Japan several times. Over the years, I picked up an interest in the board game of Go, and tried to teach myself some of the language. To me, the hardest aspect of the language was the writing system. Japanese uses several different alphabets, including Kanji (a set of pictograms for words derived from Chinese), Hiragana (a phonetic alphabet used for words of purely Japanese origin), Katakana (a phonetic alphabet for words of foreign origin), and occasionally, Romaji (Western Roman characters). Writing and reading Kanji, Hiragana, and Katakana are difficult because western eyes are not tuned to recognizing differences between characters, and because brush writing is a skill in itself. I do a lot of western brush calligraphy, and I do sometimes try writing certain common words in Kanji, but recently I was playing around with my brush, and decided just to create some marks that resembled Kanji, without concern for meaning. Here’s an example: 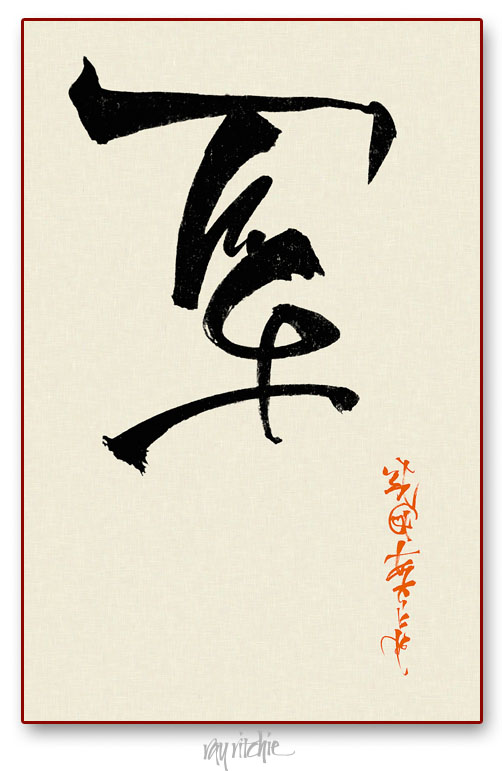 Here’s a second example, which I really did more as an exercise in creating a background texture than for the writing itself: 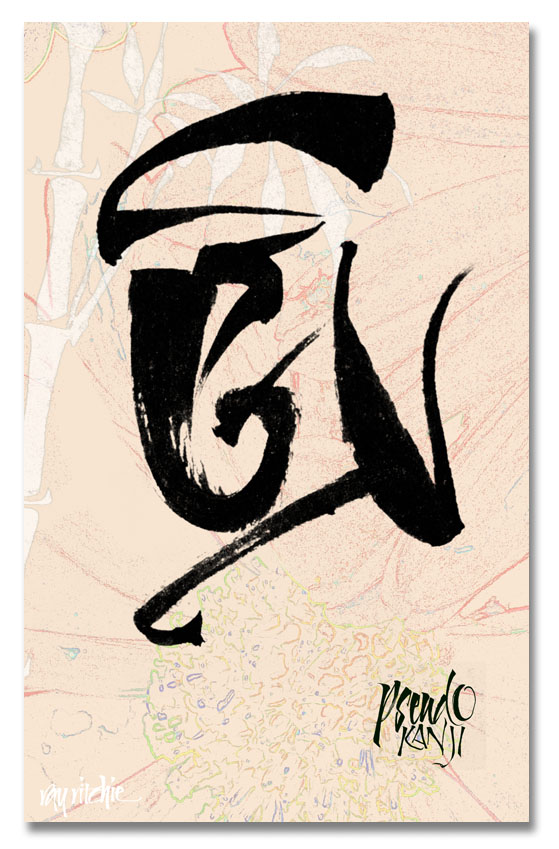 As far as I know, the above marks don’t actually say anything – they’re just interesting doodles. But when I do this kind of doodling, I feel like the Pogo character of Barnstable Bear, who could write, but couldn’t read, and had to have others to read it back to him before he knew what he had written. So if I have written something that offends you here, please let me know!