Since the previous post, I’ve played around a bit with constructing various illuminated letters. As I indicated in the first sketch of the previous post, I originally was thinking of using these designs as stand-alone letters in an informal envelope design, and I still think that’s probably the way I’d most likely use them. But I can conceive also of using the masks and other African art designs to decorate an initial letter of a block of typeset text or classically lettered calligraphy. In this case, we might want to superimpose the art design on top of a simple, strong form, to avoid competition between the complex details of the artwork and the lines of the letter – maybe something like this: 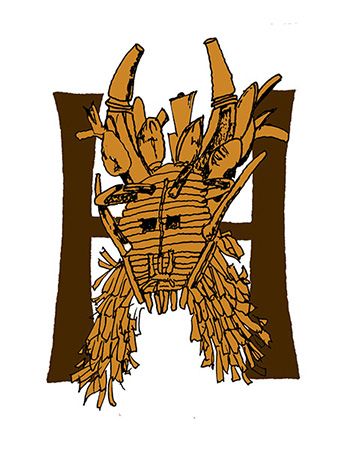 Obviously, we could use other letterforms for the background capital – uncial, classical Roman, a modern Versal form, etc. – the form above is just an example.

Yesterday I got into sketching more of the African art designs based on photographs in my library – here’s the collection so far: 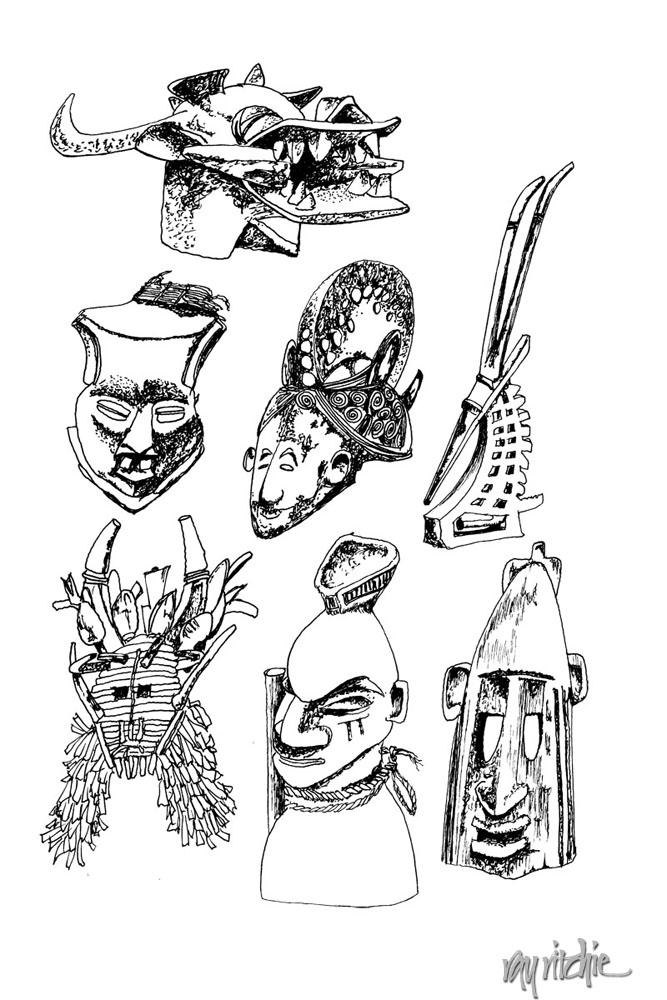 I’ve got a few more photos in my library yet to sketch, and then I need to find some more sources. A friend mentioned to me yesterday that she has a collection of African art objects in her home, so I’ll try to arrange to take a look at that in the near future.